Sixteen years have passed since the Texas State Board Education has offered and delivered a consistent and high quality earth science curriculum.  “In 1998, the Texas State Board of Education effectively removed earth science content from the standard high school curriculum by designating geology, meteorology and oceanography (or GMO) as an elective, and one that would no longer be accepted as fulfillment for high school graduation.” (Kaleta, 2012).

To address the concerns from Earth Science professionals, NASA scientists and other industries petitioned the Texas State Board of Education (BOE) to re-assess the 1998 directive. New recommendations were recommended to the BOE stating ‘Beginning in the Fall 2011, Texas students will be required to complete four, instead of three, science courses, one of which can be GMO’. Additionally, per the task force recommendations, TEKS standards will be revised to include concepts from the earth and planetary sciences. Reintroducing earth science as standard secondary content for Texas schools is occurring, albeit not quickly, but there is still much to be done to bridge the many-year gap since it has been taught. “Accelerated teacher training, recruitment of earth science teachers, updating of textbooks and materials, and implementation of hands-on, direct learning are just a few of the steps necessary to make the transition back to earth science complete.” (Kaleta, 2012)

Progress towards the 2011 directive has yet to additionally address the content expertise in the classroom. For instance, “93% of students in grades 5–8 are taught by teachers who have little or no training in the physical sciences, and as a result of this lack of background many teachers often lack confidence in their ability to conduct scientific inquiry” (Kafka et al, 2006). TX-ESP empowers educators to go beyond teaching students – it gives educators the skills to teach students to think, not memorize, “When educators limit their students’ learning opportunities to simply knowing and understanding content enough to score well on related assessments, many students will leave high school having learned only a small portion of what was possible” (Winebrenner, 2012).

Texas Educational Seismic Project aligns with TEKS, for example, Sec. 112.36.10 (c) “explain how plate tectonics accounts for geologic processes and features, including sea floor spreading, ocean ridges and rift valleys, subduction zones, earthquakes, volcanoes, mountain ranges, hot spots, and hydrothermal vents;” (TEKS, 2010, 2011) Students will also be broadening their assessments skills as required by the standard core principles. Additionally, the curriculum and discussion materials are similar to Next Generation Science Standards’ (NGSS) inquiry-based methods which prepare students for future college classes and careers. “We must realize, however, that young people do not necessarily arrive in college ready to grasp what it means to conduct a scientific investigation” (Kafka and Rasmusson, 2003). TX-ESP enables students to learn to reframe traditional science lessons into a dialogue of scientific inquiries and new interdisciplinary questions. 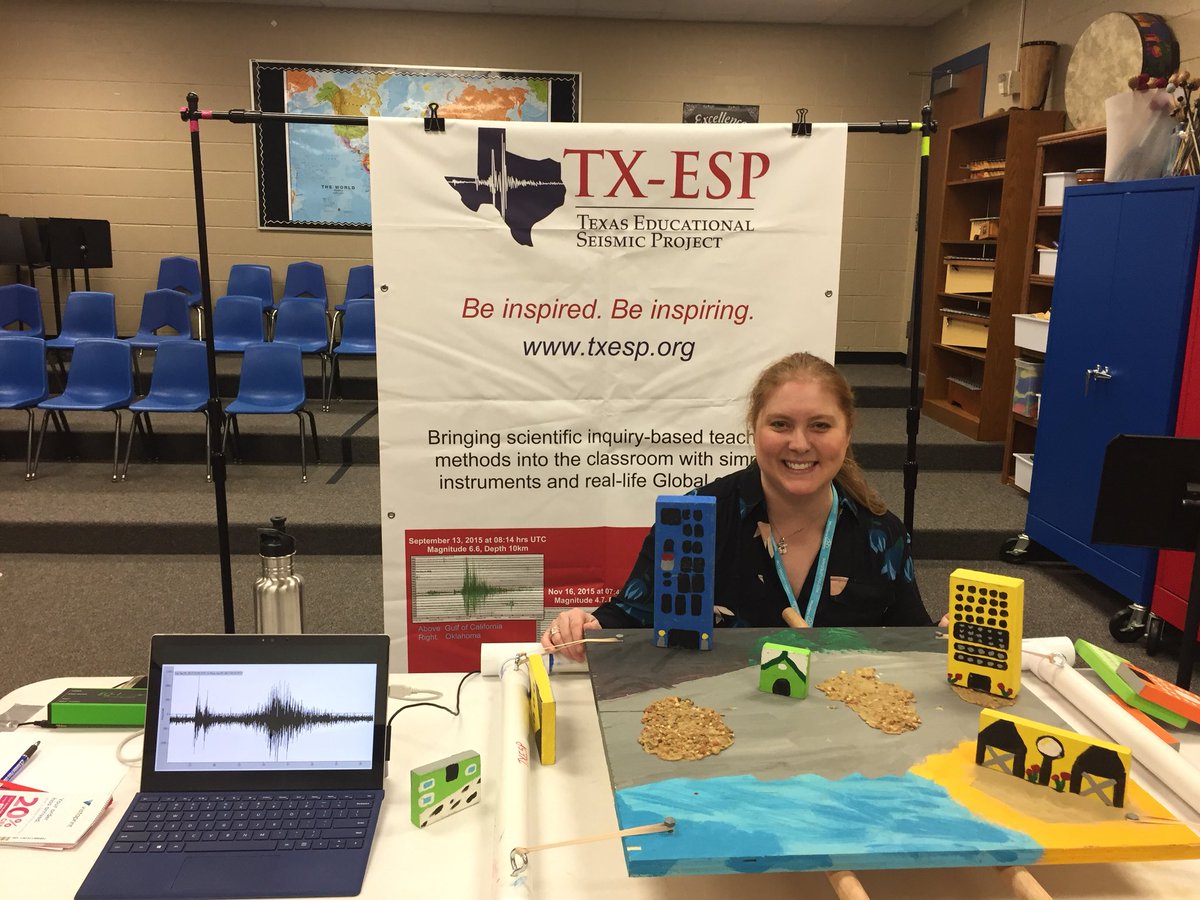 All Donations are Tax Deductible!

This year we are campaigning to bring (6) Raspberry Shakes to Houston-area schools - Each instrument is $400, we know we can reach this goal!!

Let's hear from you.